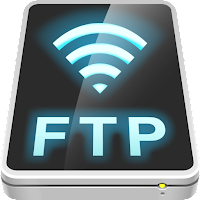 File Transfer Protocol is a standard network protocol used for the transfer of computer files between a client and server on a computer network. FTP is built on a client-server model architecture using separate control and data connections between the client and the server. FTP users may authenticate themselves with a clear-text sign-in protocol, normally in the form of a username and password, but can connect anonymously if the server is configured to allow it. There are many FTP software can be found online, but which one you should use; here we have developed a list for you; read on:

1. FileZilla
FileZilla Web hosting and developing is an important task for those who are involved in the business of web development or have concern with any other online Internet service. Here is a free solution for both server and clients by the FileZilla. This program is the name of an open source software that is available for all type of usage either individual or commercial.

2. FlashFXP
FlashFXP is a simple Windows based proprietary FTP client. Apart from SCP/SFTP, it also supports client-server and server2server transfer. Due to its advanced performance mechanism, you can adjust the file transferring speed. It’s secure FTP, SSH file Transfer Protocol and SSL/TLS enables the users to protect the data via password, its connectivity, interface, webmaster and integrity tools are also outstanding.

3. WinSCP
WinSCP is a freeware and open source SFTP, SCP and FTP client software for Windows. Key function of the WinSCP is to provide secure file transferring between a local and a remote computer. Moreover, file manager and file synchronization functions are also integrated into WinSCP. It makes the security of file sharing via Secure Shell and supports the SFTP and SCP.

4. CyberDuck
CyberDuck is a file transfer protocol utility that supports Amazon S3, FTP, SFTP, WebDAV, and other kinds of transfers between local system and remote servers. It allows users to edit files with preferred text editor that is opening automatically the moment you open it from Cyberduck interface. Drag & drop download and upload technique is supported beside users can synchronize folders and files between local and far distant computers.

5. CuteFTP
CuteFTP is a house of commercial FTP client application. It is available for Windows and Mac OS X operating systems. Users can use it for both home and professional use. It is used as a channel for transferring files between computers and FTP servers to download digital & multi-media, software, sharing files between a local computer and remote computer, and to publish web pages.

6. ForkLift
ForkLift is the name of a powerful and fast FTP, SFTP, Amazon S3, iDisk, SMB, AFP and WebDAV client specially developed for Mac OS X operating systems. It is a simple file manager tool embedded with powerful and advanced file managing features. Via this tool you can split and merge large files easily with the .sfv and .crc standards.

7. Transmit
Transmit is a proprietary FTP client for Mac. It is built-in with 45+ features such as uploading via dashboard widget/dock and supporting iDisk and WebDAV. It performs its functions up to 25x speed. Either you need to transfer files to an FTP or SFTP server, to cloud storage service via Amazon S3 or WebDAV, all can be done via this single software.

8. FireFTP
FireFTP is a freeware and open source FTP client for Mozilla Firefox and Google Chrome. In fact, it is an add-on for Mozilla Firefox and Google Chrome that supports the many functions such as FTP, FTPS and SFTP. FireFTP runs on all those platforms that Firefox and Chrome supports. Its layout is similar to the layout of WS-FTP. It also delivers basic attributes like directory comparison, SSL encryption, search, remote.

9. FTP Rush
FTP Rush is a free and one of the most robust FTP/FXP/SFTP/TFTP software suite for Windows 2000/XP/2003/Vista and Windows 7. It is deliberated to suit any transfer requirement and lets users to swiftly upload or download files in all directions. FTP Rush comes with super-fast file search, row color and highlights, smart skip, high performance disk buffer, built-in task manager including synchronize.

10. YummyFTP
YummyFTP is a universal FTP and SFTP system for Mac OS X operating systems only. This tool is known for delivering the speed, reliability, user-friendly and advanced level of features to their clients. Made for performing the general and advanced level tasks, YummyFTP is a tool that will allow you to transfer small size file to large one within few minutes.
Tools