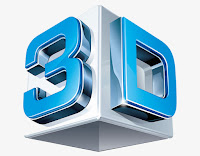 3D modeling is the process of developing a mathematical representation of any surface of an object in three dimensions via specialized software; There are a lot's of 3D modeling software available on web, but which one you should use, in this list best 3D Modeling Software of 2019 listed. Read on:

1. Cinema 4D
Cinema 4D is a powerful 3D modelling, graphic designing and animation solution designed to help 3D artists to achieve stunning results. The solution is well-known reliability shines through the modern, fast-paced 3D production. It is the best platform for seasoned professionals and beginners alike. Cinema 4D includes core features such as create 3D products, video game graphics, rendering, complete guide and simple interface etc. It is a commercial solution and available to use on Windows and Mac platforms.

3. Sculptris
Sculptris is basically a virtual sculpting tool. It is a platform for entering into the world of digital sculpting and involving yourself to create the best one products as well. The two main functions of Sculptris are the availability of 3D sculpting and 3D painting in addition to others. Sculptris is developed on the concept of modeling clay and its focus is entirely in the same concept.

4. ShapeShop
ShapeShop is an advanced and professional 3D design and modeling application that comes with an easy-to-use and user-friendly interface. It enables the users to create sketch-based shape creation and editing tools to simply translate the ideas in a 3D shape. ShapeShop is a sketch-based shape creation and editing tools that let the designers and artists to transform their virtual idea into a 3D form.

6. Sketchfab
Sketchfab is a web-based platform for creating and sharing 3D content, Sketchfab actually provides a 3D model viewer based on the technology of WebGL that ultimately enable the users to display 3D models on a desktop or mobile web page. Sketchfab is the platform of over 400,000 models. The list of available tens of thousands of 3D models includes 3D scans, 3D printable, animal, architecture, characters, games, objects, science, scenes.

7. Curvy 3D
Curvy 3D is a dedicated 3D modeling application for the artists and designers. Curvy 3D is such a 3D making platform that assist the both beginners and professional to draw 3D models, maintaining, sculpts and much more in real-time. Curvy 3D is one of the best and easy-to-use yet powerful sculpting application for Windows for rapidly sketching natural forms direct to 3D.

9. 3D-Coat
3D-Coat is an application for PBR, voxel sculpting, retopology, and UV-mapping. It is used for physically based rendering and enables the texturing with smart and fully designed materials. 3D-Coat is an application for creating free-form organic and hard surfaced 3D models from rough idea and scratches. The tools integrated into 3D-Coat lets the users sculpt, add polygonal topology, create UV maps, texture the resulting models with natural painting tools.

10. MARI
Mari is a 3D texturing and painting software. A software that is integrated with the power performance tools that enables the designers to handle even the most complex assets. In a today challenging world of VFX, animation and games development, MARI is one of the best options to deal with complex projects in a high creativity environment.