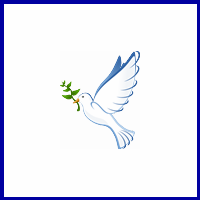 Everyone wants to live in a peaceful and happy nation, And the way to tell a nation is peaceful and happy nation it's call The Global Peace Index (GPI) report from the Institute of Economics and Peace shows the relative level of peace in 162 countries. They ranked the countries based on 22 different indicators including level of violent crime, relations with neighboring countries, the absence of war, contribution to U.N peace keeping mission, schooling. The low GPI index score indicates more peaceful countries. Followings are the top10 most peaceful countries in the world.

Iceland, also called the Republic of Iceland, is a Nordic island country between the North Atlantic and the Arctic Ocean. It has a population of 332,529 and an area of 103,000 km2 (40,000 sq mi), making it the most sparsely populated country in Europe.The capital and largest city is Reykjavík. Reykjavík and the surrounding areas in the southwest of the country are home to over two-thirds of the population. Iceland is volcanically and geologically active. The interior consists of a plateau characterized by sand and lava fields, mountains and glaciers, while many glacial rivers flow to the sea through the lowlands. Iceland is warmed by the Gulf Stream and has a temperate climate, despite a high latitude just outside the Arctic Circle. Its high latitude and marine influence still keeps summers chilly, with most of the archipelago having a tundra climate. Iceland is the most peaceful country to live in with a global piece index score (GPI) of 1.189. Iceland has high level democracy, gender equality and low incarceration. Iceland also has a literate rate of 99% and there is no tuition fee for education. The Icelanders are also one of well-informed people in the world. Iceland also ranks top in reading literacy and book publication.

Denmark is a Scandinavian country in the European Union. The southernmost of the Nordic countries, it is southwest of Sweden and south of Norway, and bordered to the south by Germany. The Kingdom of Denmark is a sovereign state that comprises Denmark proper and two autonomous constituent countries in the North Atlantic Ocean: the Faroe Islands and Greenland. Denmark has an area of 42,924 square kilometres (16,573 sq mi), and a population of 5.7 million. The country consists of a peninsula, Jutland, and an archipelago of 443 named islands,[10] of which around 70 are inhabited. The islands are characterized by flat, arable land and sandy coasts, low elevation and a temperate climate. Denmark is a least corrupt and happiest country in the world. The high literacy rate, advanced health care systems, high standard of living and prosperity make Denmark as an exceptionally good country to live in. This Nordic country also ranked among the top countries with gender equality. This implies strong presence of women in political empowerment, health and education in Denmark. The residents of Copenhagen prefer to ride bicycles or walking to reach their school or workplace.  It is to make the city carbon-neutral by the year 2025.

Austria officially the Republic of Austria, is a federal republic and a landlocked country of over 8.66 million people in Central Europe. It is bordered by the Czech Republic and Germany to the north, Hungary and Slovakia to the east, Slovenia and Italy to the south, and Switzerland and Liechtenstein to the west. The territory of Austria covers 83,879 square kilometres (32,386 sq mi). Austria's terrain is highly mountainous, lying within the Alps; only 32% of the country is below 500 metres, and its highest point is 3,798 metres (12,461 ft). The majority of the population speak local Bavarian dialects of German as their native language, and Austrian German in its standard form is the country's official language. This European country is a better place to live because the country has very low crime and homicide rate. Austria is also known for its cleanliness and strict recycling law to protect the environment. As by nominal per capital GDP Austria is one of the richest country in the world. The country also has a high standard of living and awesome transportation systems. The beauty and historical architecture of Austria also attracts millions of tourists every year.

New Zealand is an island country in the southwestern Pacific Ocean. The country geographically comprises two main landmasses that of the North Islands. New Zealand is situated some 1,500 kilometres east of Australia across the Tasman Sea and roughly 1,000 kilometres south of the Pacific island areas of New Caledonia, Fiji, and Tonga. Because of its remoteness, it was one of the last lands to be settled by humans. During its long isolation, New Zealand developed a distinctive biodiversity of animal, fungal and plant life. The country's varied topography and its sharp mountain peaks, such as the Southern Alps, owe much to the tectonic uplift of land and volcanic eruptions. New Zealand's capital city is Wellington, while its most populous city is Auckland. New Zealand has a truly advanced social progress, low incarceration and friendly relation with neighboring countries. There are also strong and independent judiciary system and much committed police force in the country. This safe country also offers world class educational system and advanced health care. The Kiwis also get free or low cost health care from the government in case of sickness or unemployment.

Switzerland officially the Swiss Confederation is a federal republic in Europe. While still named the "Swiss Confederation" for historical reasons, modern Switzerland is a federal directorial republic consisting of 26 cantons, with Bern as the seat of the federal authorities, called Bundesstadt ("federal city"). The country is situated in Western and Central Europe, and is bordered by Italy to the south, France to the west, Germany to the north, and Austria and Liechtenstein to the east. Switzerland is a landlocked country geographically divided between the Alps, the Swiss Plateau and the Jura, spanning an area of 41,285 km2 (15,940 sq mi).The clean cities, low crime rate and high quality food make Switzerland as one of the happiest countries to live in. Switzerland has top-notch educational and healthcare system. It reduces the chances of disability and improve talent and productivity. The salary rate in the country is high and the tax rate is relatively low. Switzerland is also one of the best tax havens in the world.

Finland officially the Republic of Finland, is a sovereign state in Europe. A peninsula with the Gulf of Finland to the south and the Gulf of Bothnia to the west, the country has land borders with Sweden to the northwest, Norway to the north, and Russia to the east. Finland's population is 5.5 million (2014), staying roughly on the same level over the past two decades. The majority of the population is concentrated in the southern region In terms of area, it is the eighth largest country in Europe and the most sparsely populated country in the European Union. Over 1.4 million people live in the Greater Helsinki metropolitan area, which produces a third of the country's GDP. Finland is a least corrupt country in the world. The strong legal framework in the country maintains government accountability and openness. The military force of Finland only takes part in UN’s peacekeeping missions. Finland ranks in top level for education and gender equality. Finland demand no fee for any level of education. The Finns are also high performers in reading, mathematics and science. The Finland also has very low maternal mortality rate.

Canada is a sovereign state in the northern part of North America. Its ten provinces and three territories extend from the Atlantic to the Pacific and northward into the Arctic Ocean, covering 9.98 million square kilometres, making it the world's second-largest country by total area and the fourth-largest country by land area. Canada's border with the United States is the world's longest land border. Canada is sparsely populated, the majority of its land territory being dominated by forest and tundra and the Rocky Mountains; about four-fifths of the country's population of 35 million people live near the southern border. The majority of Canada has a cold or severely cold winter climate, but southerly areas are warm in summer. The Canadian government considered the security of citizens as one of the core elements of a good nation. The country has very low homicide and crime rate. According to the report of the OECD Canada has a life satisfaction score of 7.6 out of 10. Canada is also one of top educated countries in the world. The percentage of tertiary education population of the country is 52.6%.

Japan is an island country in East Asia. Located in the Pacific Ocean, it lies to the east of the Sea of Japan, the East China Sea, China, North Korea, South Korea and Russia, stretching from the Sea of Okhotsk in the north to the East China Sea and Taiwan in the south. The kanji that make up Japan's name mean "sun origin", and it is often called the "Land of the Rising Sun". he technologically advanced Japan is also well known for peacekeeping in the society. The rate of violent crime and homicide are very low in the country. Japan only has a defense force for internal security and has no professional military force at all. Japan also keeps a cordial relationship with the neighboring countries. Japan is also the third largest economy in the world by nominal GDP (US$5960180 millions). Japan also has an awesome transportation system.

Australia officially known as the Commonwealth of Australia, is an Oceania country comprising the mainland of the Australian continent, the island of Tasmania, and numerous smaller islands. It is the world's sixth-largest country by total area. Neighboring countries include Papua New Guinea, Indonesia and East Timor to the north; the Solomon Islands and Vanuatu to the north-east; and New Zealand to the south-east. Australia is a land of opportunities, good weather, efficient infrastructure, world class educational system and natural wonders. The rate of robbery, sexual assault and homicide in Australia is very low. So that you can roam around the country without any fear. As Australia has a multicultural population no foreigner will feel like a stranger in this country.  Australia is a perfect destination for job seekers, students and tourists. This economically powerful country offers many job opportunities. The world renowned Australian cities including Sydney, Melbourne and Brisbane provide every kind of services for you. The mass migration to Australia indicate all these factors.

So what you think about this list, don't forget to mention :)
Lists Misc Most