Top 10 Most Intelligent Animals in the world 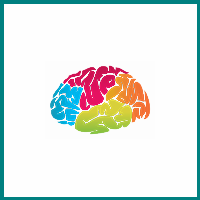 The researchers are interested in studying both mental ability in a particular species, and comparing abilities between species, investigate animal intelligence. They study various measures of problem solving, as well as numerical and verbal reasoning abilities. Some challenges in this area are defining intelligence so that it has the same meaning across species, and also operationalizing a measure that accurately compares mental ability across different species and contexts. Intelligence of Animal known as Animal cognition describes the mental capacities of animals and its study. It has developed out of comparative psychology, including the study of animal conditioning and learning, but has also been strongly influenced by research in ethology, behavioral ecology, and evolutionary psychology. The alternative name cognitive ethology is therefore sometimes used; much of what used to be considered under the title of animal intelligence is now thought of under this heading. Research has examined animal cognition in mammals, birds, reptiles, fish and invertebrates. As following examined animal cognition results; Here we listed Top 10 Most Intelligent Animals in the world. Read on:

Top 10 Most Intelligent Animals in the world 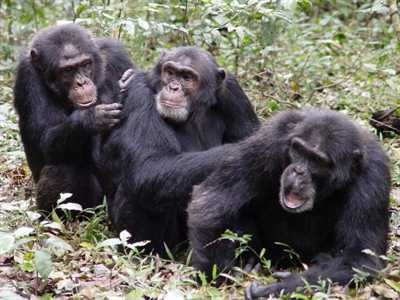 Apes (Hominoidea) are a branch of Old World tailless anthropoid catarrhine primates native to Africa and Southeast Asia. They are distinguished from other primates by a wider degree of freedom of motion at the shoulder joint as evolved by the influence of brachiation. There are two extant branches of the superfamily Hominoidea: the gibbons, or lesser apes; and the hominids, or great apes. Apes are the second most intelligent living organism in the world after humans. According to many scientific theories humans were evolved from the apes family. Apes follow extreme social life and express different types of emotions. The family of apes includes chimpanzees, orangutans, gorillas and bonobos. Intelligent habits of Great Apes: They have Great communication power, Ability to learn from surroundings, Make their own home, Use different tools for finding food, Their DNA of gorillas shows similarity with human’s, Apes can understand individuality and can learn words, even human language also Defends enemies by using tools. 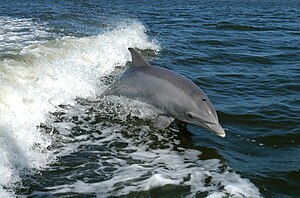 Dolphins are a widely distributed and diverse group of fully aquatic marine mammals. They are an informal grouping within the order Cetacea, excluding whales and porpoises, so to zoologists the grouping is paraphyletic. The dolphins comprise the extant families Delphinidae (the oceanic dolphins), Platanistidae (the Indian river dolphins), Iniidae (the new world river dolphins), and Pontoporiidae (the brackish dolphins). There are 40 extant species of dolphins. Dolphins, alongside other cetaceans, belong to the clade Cetartiodactyla with even-toed ungulates, Dolphins are world’s third most intelligent organism in the world. Intelligent habits of Dolphins. Dolphins are known to teach, learn, cooperate, scheme, and grieve. The neocortex of many species is home to elongated spindle neurons that, prior to 2007, were known only in hominids. In humans, these cells are involved in social conduct, emotions, judgment, and theory of mind. Cetacean spindle neurons are found in areas of the brain that are homologous to where they are found in humans, suggesting that they perform a similar function. They can express different types of emotions, They have Better learning capability from the surroundings, At resting time only one side of the dolphin’s brain sleeps, help to aware about the threats, Dolphins are the only marine animal that passes the mirror test.

Elephants are large mammals of the family Elephantidae and the order Proboscidea. Two species are traditionally recognised, the African elephant (Loxodonta africana) and the Asian elephant (Elephas maximus), Elephants are scattered throughout sub-Saharan Africa, South Asia, and Southeast Asia. Male African elephants are the largest extant terrestrial animals and can reach a height of 4 m (13 ft) and weight 7,000 kg. All elephants have several distinctive features, the most notable of which is a long trunk or proboscis, used for many purposes, particularly breathing, lifting water and grasping objects. Their incisors grow into tusks, which can serve as weapons and as tools for moving objects and digging. Intelligent habits of Elephant: Elephants show extreme social and intelligent behaviors. Elephants are also one of faithful companions of humans. They can easily learn from the surroundings. Elephants can recognize hundreds of individual sounds. Elephants shows a range of emotions like joy, playfulness and sorrow.  They appear to have self-awareness and show empathy for dying or dead individuals of their kind. 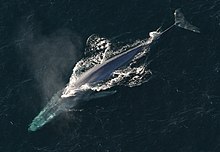 Whale is the common name for a widely distributed and diverse group of fully aquatic placental marine mammals. They are an informal grouping within the infraorder Cetacea, usually excluding dolphins and porpoises.The two parvorders of whales, baleen whales (Mysticeti) and toothed whales (Odontoceti), are thought to have split apart around 34 million years ago. The whales comprise eight extant families. At the same time the social behavior, communication techniques and imitation power shows by whales make them as one of intelligent animals. Intelligent habits of whales: Sperm whales have larger brain than any other living things. Cognitive abilities through the presence of spindle cells within the brain. Whales communicate each other by producing complex vocal tones.They are extremely social, travel and hunt in groups. The beluga whales show the ability to mimic human speech. 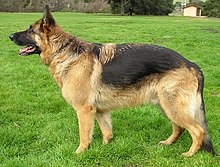 The dog is a domesticated canid which has been selectively bred for millennia for various behaviors, sensory capabilities, and physical attributes. Although initially thought to have originated as a manmade variant of an extant canid species, extensive genetic studies undertaken during the 2010s indicate that dogs diverged from an extinct wolf-like canid in Eurasia 40,000 years ago. Dogs perform many roles for people, such as hunting, herding, pulling loads, protection, assisting police and military, companionship and, more recently, aiding handicapped individuals. This impact on human society has given them the nickname "man's best friend" in the Western world. An average dog is intelligent as a 2 year old human baby. They have an excellent sense of smell, protecting power, learning ability from the human world. Intelligent habits of dogs: Dogs have a better understanding of the human world than any other animals. Faster learning ability from surroundings. Have a high degree of understanding. Can locate the home from distant places. Their brain can identify million types of scents. Ability to respond to commands from their owners 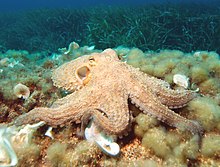 The octopus is a cephalopod mollusc of the order Octopoda. It has two eyes and four pairs of arms and, like other cephalopods, it is bilaterally symmetric. It has a beak, with its mouth at the center point of the arms. It has no internal or external skeleton, allowing it to squeeze through tight places. Octopuses are among the most intelligent and behaviorally diverse of all invertebrates. The tricks they used for sensing the presence of enemies and finding show the intelligent power of octopuses. Intelligent habits of Octopus: The only creature in invertebrates to use tools. Baby octopus easily learns the habits from other octopuses.     Octopus released a black ink type fluid at the time it discovered by others, have ability to dull the sense of smell. The Octopus have ability to change the shapes of the body in many away to avoid predators.     Octopus used to make shields over their lair using different types of shells. 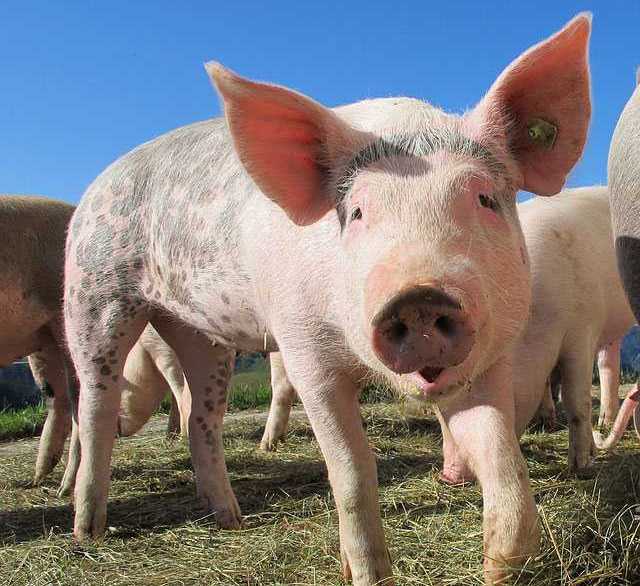 A pig is any of the animals in the genus Sus, within the Suidae family of even-toed ungulates. Pigs include the domestic pig and its ancestor, the common Eurasian wild boar, along with other species; related creatures outside the genus include the peccary, the babirusa, and the warthog. Pigs, like all suids, are native to the Eurasian and African continents. Pigs are highly social and intelligent animals. Intelligent habits of pigs: Pigs followed the fascinating social life, they walk together, eat together, play together and they sleep very close to each other. Pigs uses 20 different types of vocalizations to communicate each ether, even a newborn pig can understand what the sound actually meant produces by its mother. They can trace the home even from far away distance. Wild pigs used to create an area for growing new plants, also plays an important role in the transportation of seeds.

Otter is a common name for a carnivorous mammal in the subfamily Lutrinae. The 13 extant otter species are all semiaquatic, aquatic or marine, with diets based on fish and invertebrates. Otters have long, slim bodies and relatively short limbs. Their most striking anatomical features are the powerful webbed feet used to swim, and their seal-like abilities holding breath underwater. Most have sharp claws on their feet and all except the sea otter have long, muscular tails. Intelligent habits of Otters: They are one of playful animals used to live in bank of rivers and ocean shores. Sea otters used tools like rocks to find food, to remove unwanted parts of fish and crabs. Sea otters can smartly sense the presence of predators by catching the difference in vibrations of water. The childish actions of sea otter itself reflects its intelligence, will dance and make sliding at the band of rivers and in mud.

Corvus is a widely distributed genus of birds in the family Corvidae. Ranging in size from the relatively small pigeon-sized jackdaws to the common raven of the Holarctic region and thick-billed raven of the highlands of Ethiopia, the 40 or so members of this genus occur on all temperate continents except South America, and several islands. Being unafraid of human presence and with the baffling inborn intelligence they are smart enough to make trouble over humans. The tricks that used by crows for finding food and building nest reflects the unmatchable intelligence of this species of bird. Intelligent habits of Crows: Crows have the largest brain in bird species except some special species of parrots. They are intelligent enough to recognize the human faces and to hide their food from other birds. Crows are also known for using different tools for their own advantages. Crows make closer observations on the human world to find food.. They also know how to break nuts by dropping on rough surfaces. Crows used different tools like stones and pebbles to attack predators in the world of birds.

Ants are eusocial insects of the family Formicidae and, along with the related wasps and bees, belong to the order Hymenoptera. Ants evolved from wasp-like ancestors in the mid-Cretaceous period between 110 and 130 million years ago and diversified after the rise of flowering plants. More than 12,500 of an estimated total of 22,000 species have been classified. They are easily identified by their elbowed antennae and the distinctive node-like structure that forms their slender waists. Intelligent habits of Ants: Ants started farming 50 million years before humans. They cultivate fungus in leaves and then eat them. The trick is collectively known as fungus farming, Ants formed well planned colonies that have thousands of miles in length, have different sections for farming, collecting foods and for gathering. Each ant colonies have a unique chemical identity through which they recognize the strangers. Ants are traveled by following the pheromone chemical laid by the scout ant who in charge of finding the food. It is interesting to say that each ants will lay trails for the following ants. Some special species of ants will enslave other species to build their own mass colonies. Ants can carry objects 50 times greater than their body. Because they have with thick muscles in proportion to body size.

So what you think about this list don't forget to mention :)
Lists Most Nature