Top 10 Highest Airport in the World 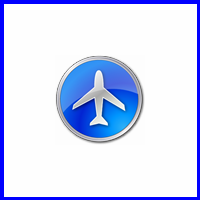 Top 10 Highest Airport in the World

4. Ngari Gunsa Airport
Ngari Gunsa Airport is a dual-use military and civil airport serving the town of Shiquanhe in Ngari Prefecture, in the southwest of China's Tibet Autonomous Region near the Indian border.  Situated at 4,274 m (14,022 ft) above sea level, Gunsa Airport is the fourth highest airport in the world. Gunsa airport has a 4,500-meter runway. It is expected to handle 120,000 passengers by 2020.

10. Shigatse Peace Airport
Xigazê Peace Airport Xigazê Heping Airport, or Xigazê Air Base, is a dual-use military and civilian airport serving Xigazê, the second largest city in Tibet Autonomous Region, China. It is located in Jiangdang Township, 43 kilometers from Xigazê. Situated at an elevation of 3,782 metres (12,408 ft), it is one of the highest airports in the world.

So what you think about this list don't forget to mention :)