Top 10 Best Terminal Emulator to use 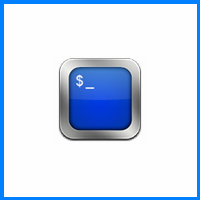 A terminal emulator, terminal application, term, or tty for short, is a program that emulates a video terminal within some other display architecture. Though typically synonymous with a shell or text terminal, the term terminal covers all remote terminals, including graphical interfaces. A terminal emulator inside a graphical user interface is often called a terminal window.  A terminal window allows the user access to a text terminal and all its applications such as command-line interfaces and text user interface applications. These may be running either on the same machine or on a different one via telnet, ssh, or dial-up. Terminals usually support a set of escape sequences for controlling color, cursor position. There are a lot's of Terminal Emulator you can find on web, but which one best for you. That's why we made this list about Top 10 Best Terminal Emulator, Read on:

Top 10 Best Terminal Emulator to use

2. ConEmu
ConEmu is a Windows enhancement console that provides the various consoles and simple GUI applications in the form of single customizable tabbed GUI windows with multiple features. ConEmu contains a proper, smooth and friendly window resizing system. ConEmu is regarded as one of the best handy Windows terminal. ConEmu is a full-featured and integrated local terminal for Windows administrations, devs and users.

3. KiTTY
KiTTY is for Windows operating systems and regarded as the one of the best telnet and SSH client in the world. The stunning features of KiTTY are automatic password system, session’s filters, the session launcher, transparency, always visible, etc. KiTTY is actually a fork of PuTTY. KiTTY runs on Windows had it has an impressive collection of one of the best features that are missing in all versions of PuTTY.

4. The console
The console is a Windows console and Window enhancement application just like Mintty. Some advanced features of Console are multiple tabs, text editor just like text selection, and multiple background types, alpha and color key transparency, multiple window styles, etc. Console for Windows is entirely different from the integrated command system in all Windows operating systems. In command system of Windows, users can’t perform the copy & paste function.

5. Terminator
Terminator is a platform that provides multiple terminals in one window. It is based on the environment of GNOME-multi-term, quadkonsole. Terminator is developed with a purpose of producing a useful tools for arranging terminals, arrangement of terminals in grids like tabs in the most common default method that Terminator also supports. If talk about the project information then programming languages of Terminator is python, version control system is Bazaar, and development focus is one trunk series. User can browse the source code for the development focus branch or get a copy of the branch using the command.

10. Cygwin
Cygwin is a Linux-based application for Windows that make it easy to port running on POSIX systems including Linux, BSD, and UNIX-based systems to Windows operating systems. Cygwin is one of the largest collections of GNU and open source tools that provide functionality similar to a Linux based distribution on Windows operating systems. Cygwin is also a DLL that provides substantial POSIX API functionality.