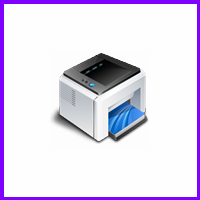 The PDF printers are those software for the computer that in addition to working as a virtual printer for these operating systems work as PDF creator from any document and PDF format converter as well. However, PDF format conversion from one format to another one is optional in most of the printers and doesn’t require to be compulsory in order to be a PDF printers. Most of the PDF printers also provide the system of converting one PDF format to another one and even the conversion of MS Word file to PDF and vice versa. These software make it easy for the users to directly print their PDF documents from these printers instead of going for selecting any other because these type of program get themselves automatically compatible with the most of the installed printers and in most of the cases also work as a universal printer as well. There are a lots of PDF Printers can be found on web, and here we selected 10 Best PDF Printers for you. Read on:

1. DOPDF
DOPDF is an application that installed as a printer driver in the system. DOPDF is for creating and converting PDF files and then make it sure that they can be print out through it. DOPDF also works as PDF printer and other best feature about DOPDF is that it driver automatically installed just after its major installation.

3. PrimoPDF
PrimoPDF is a universal PDF file creator and converter that work as a virtual printer as well. The best about PrimoPDF is that it can easily convert PDF files into MS Word files and vice versa. If you want to make your entire business structure into a paperless environment then PrimoPDF is the option for that. It can be simply used for creating PDF files, collaborating two different files.

4. CutePDF
CutePDF is a simple but entirely powerful PDF files creator, converter, and virtual printer. CutePDF is a fully featured PDF writer, PDF converter, PED editor and PDF virtual printer. This software automatically makes it the default printer for the Mozilla Firefox browser. The best about this program is that without even caring for the settings of Windows operating systems it automatically get itself compatible with the almost all installed programs.

6. PDFlite
PDFlite is a PDF file processing and virtual printer that enables the Windows users in dealing with various functions related with PDF. This program can be even used for PDF conversion as well from one format to another one. In addition to simply using as the PDF viewer, there are dozens of other features and functions of the PDFlite that are regarding the operating as PDF printer, virtual printer too.

8. PDF24
PDF24 is a free to use PDF creator, converter, and virtual printer. The other best about PDF24 is that free regular updates are also available in addition to fully free version. PDF24 is an easy to use and multilingual PDF files creator, editor, converter and virtual printer. PDF24 is based on the industry accepted principles of dealing with editing and printing of the PDF files.

10. Win2PDF
Win2PDF is a powerful application for creating and converting PDF files and then making it sure that they can be print directly Win2PDF. Some advantages of Win2PDF are easy to sue, user-friendly interface, multi-platform supported and many other for complete control. It is available for the almost all versions of the Windows operating systems.

So which one is you favorite don't forget to mention :)