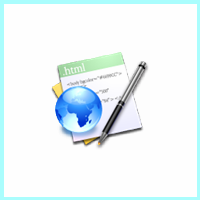 Web developers regularly research ways to improve their website’s design. Practice and playing with codes we actually get this research done. Generally uses Notepad++ but there’s lots of alternative can be found around the web. Here in this article we presenting a narrowed down list of web development, coding HTML’s software and services that help developers very much. Read on-

2. Bracket
Brackets is a modern text editor that makes it easy to design in the browser. Try Creative Cloud Extract (preview) for Brackets for an easy way to get clean, minimal CSS straight from a PSD with no generated code. It's modern, open source text editor that understands web design, Its lightweight, yet powerful, modern text editor, Inline Editors, Live Preview, Preprocessor, With focused visual tools.

4. Sublime Text
Is an advanced text editor that has a slick interface with advanced search functionality and advanced viewing modes; Supports Windows/Mac/Linux.

5. ConTEXT
Is a simple yet powerful notepad replacement, It has most of the same functionality as Notepad++, and a few additional features like the ability to record macros.

7. Topstyle
It’s a HTML5 and CSS3 focused editor with syntax highlighting, auto completion, and a nifty feature that allows you to click on classes and find styles defined for the classes.

8. Coda 2
Coda is a Mac-based editor that allows code-folding, has auto-complete and an in-built SWL editor.

9. Espresso
Espresso is another Mac-based editor with real-time preview functionality and code-folding.

10. Emacs
Emacs is a Linux specific text editor with a high degree of extensibility and customizability. It is one of the best known Linux text editors.

So what you use and witch one is your favorite don’t forget to mention :)